Known for his opposition to the excessive collection and processing of personal data, Tim Cook has issued an official statement to the US authorities. Apple’s boss is calling for stronger legislation and guidance for data brokers.

Between generalist positions and clear attacks on competitors (Google), it has sometimes been difficult in the past to know whether Tim Cook was a genuine defender of the right to privacy. However, with his article published this week in Time magazine, Apple’s boss seems to be free of any ambiguity. Without pointing fingers and without referring to any particular case, he explains that everyone should have the right to control their digital life, which is currently not the case in the United States. Addressing the authorities, he, therefore, calls for new legislation that is not unlike the European framework. It also calls on the regulator to put an end to trade without real rules on personal data.

According to Tim Cook, to give American Internet users control over their data, the United States needs Congress to take over the subject to create a federal law. The man refers to four principles that, in his opinion, should guide the drafting of this law. First of all, companies should be forced to do their utmost not to isolate data that could identify their customers, or even not collect such data at all. Secondly, Internet users should have the right to know what data is being collected and for what purpose. These same Internet users should also have a right of access, i.e., the possibility of having data corrected or deleted by companies. Finally, a right to data security should exist.

The need to regulate data resale

But, according to Tim Cook, even with these principles in mind, one law may not be enough. The problem is not limited to the initial collection of data, and Internet users do not always have the tools to follow the progress of the data. Apple’s boss is thinking in particular of brokers specializing in buying and reselling batches of data.

Tim Cook denounces a secondary market lacking control. The requirement for consent should be able to improve the situation, but it must also be possible to ensure that it does so. In this respect, Apple’s boss no longer turns to Congress, but the FTC, the regulator. It suggests that it create a body dedicated to monitoring this market, which would require all data merchants to be registered, with the possibility for Internet users to track their data and assert a right to have them deleted via a simple online request.

Of course, Tim Cook is aware that he is raising a debate involving many interests and that his proposals will not be taken up as they stand. However, he would like to point out that the stakes are high since it is a question of controlling personal data. 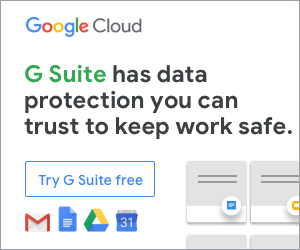